Double Union calls itself a hacker / maker space, because our goal is to create a space where women and nonbinary people can feel equally comfortable knitting, coding, drawing, or using power tools, and no one feels pressure to prove they belong here. Double Union members work to create a culture where we don’t just make awesome stuff - we also ask questions, feel confused sometimes, and break things.

Another value members hold at Double Union is the idea that clearly defined structures and boundaries help create better spaces. We have a shared code of conduct and a list of base assumptions for members.

Double Union is a volunteer-run 501(c)(3) nonprofit. Our EIN is 46-3264631, and you can view our public IRS filings by looking up Double Union in the California Registry of Charitable Trusts.

The spark that started Double Union was AdaCamp San Francisco, a feminist unconference in June 2013. At that event, a group of women came together to talk about starting feminist makerspaces where women’s needs are prioritized. Among them was Leigh Honeywell, who had just co-founded Seattle Attic, a feminist makerspace in Seattle, who freely shared her experience and tips for starting a new makerspace. Several women, including Double Union co-founders Amelia Greenhall, Valerie Aurora, and Liz Henry, were inspired to start a similar space in San Francisco. Their inspiration: “What if we had a space that felt like AdaCamp all year round?” They decided to create a space with the primary goal of being a comfortable and welcoming place for women to work on their projects.

After AdaCamp, about 10 women started meeting weekly at each other’s homes to brainstorm. Throughout the summer, they created and documented their shared values, raised money amongst themselves and people they knew, incorporated as a 501(c)(3) non-profit, adopted bylaws (largely based on those of The Ada Initiative), selected a board, got a bank account, and set up various kinds of online infrastructure.

Double Union began in 2013 with the membership gender criteria of people who “identify as a woman in a way significant to them”. In January 2018, members decided to expand this criteria to “identify as a woman or nonbinary person in a way significant to them”. In April 2019, we simplified this phrasing to “all women and nonbinary people” and expanded the description of this on the membership page.

In October 2013, the board signed a lease on a space in the Fog Building, at 333 Valencia St in the Mission. After ripping out the carpets, building shelves and workbenches, and taking out the ceiling tiles to reveal hidden skylights, Double Union began accepting new members.

In October 2015, Double Union moved to a new space in Potrero Hill at 1250 Missouri St #111. It was a much larger space with two bathrooms and a full kitchen. In March 2020, we had to stop in-person use of our space except for one-person-at-a-time production of protective equipment for the pandemic, such as fabric masks and face shield structures. In September 2020, we ended our lease and moved our equipment into storage. Even before the pandemic, we had been planning to move because this space was relatively far from BART, which made it harder to access for many members.

In September 2021, we rented a new space in SOMA at 77 Falmouth St, about a half mile from Powell BART. It’s 775 sq ft, and for the first time we have a street-facing door instead of being nestled inside a larger building. We’re excited to be organizing and setting up our space again.

Double Union’s decision-making structure is heavily influenced by Jo Freeman’s essay “The Tyranny of Structurelessness”, and it has evolved over time as the organization has grown.

At first, the people meeting informally made a lot of the founding decisions. After a couple of months, three people volunteered to incorporate Double Union and became the board of directors, responsible for making legal, financial, and high-level decisions.

Each board member has a two-year term (with an optional third year), so our board membership has cycled many times. This reduces burnout, ensures that this type of power rotates among members, and encourages a wide range of perspectives on the board over time.

Groups of 2+ members interested in a topic form committees, to run events or be in charge of some aspect of the space’s operation.

Our committees can be about a topic, such as bicycles, zine-making, or electronics. They can make decisions about that specific area of the space, such as buying or maintaining equipment and teaching workshops.

We also have several committees related to running Double Union together, such as the Code of Conduct committee, developing our web applications, membership coordination, and updating our social media. These kinds of committees formalize, document, and maintain our official and de-facto decision-making policies.

We have a members-only mailing list and internal chat system where we propose and discuss ideas, and we have members meetings about once a month. This usually results in decisions without a formal process being necessary.

If something is hard to decide, controversial, or otherwise needs a final decision, our small board makes the decision. We don’t want to get stuck in endless discussions; having a board avoids that problem. The board also does the legal and financial decision making involved in being a non-profit.

Members can volunteer to be voting members, who read and decide on new member applications. They receive training and guidance about voting, to encourage fair and inclusive decision-making that upholds our values. 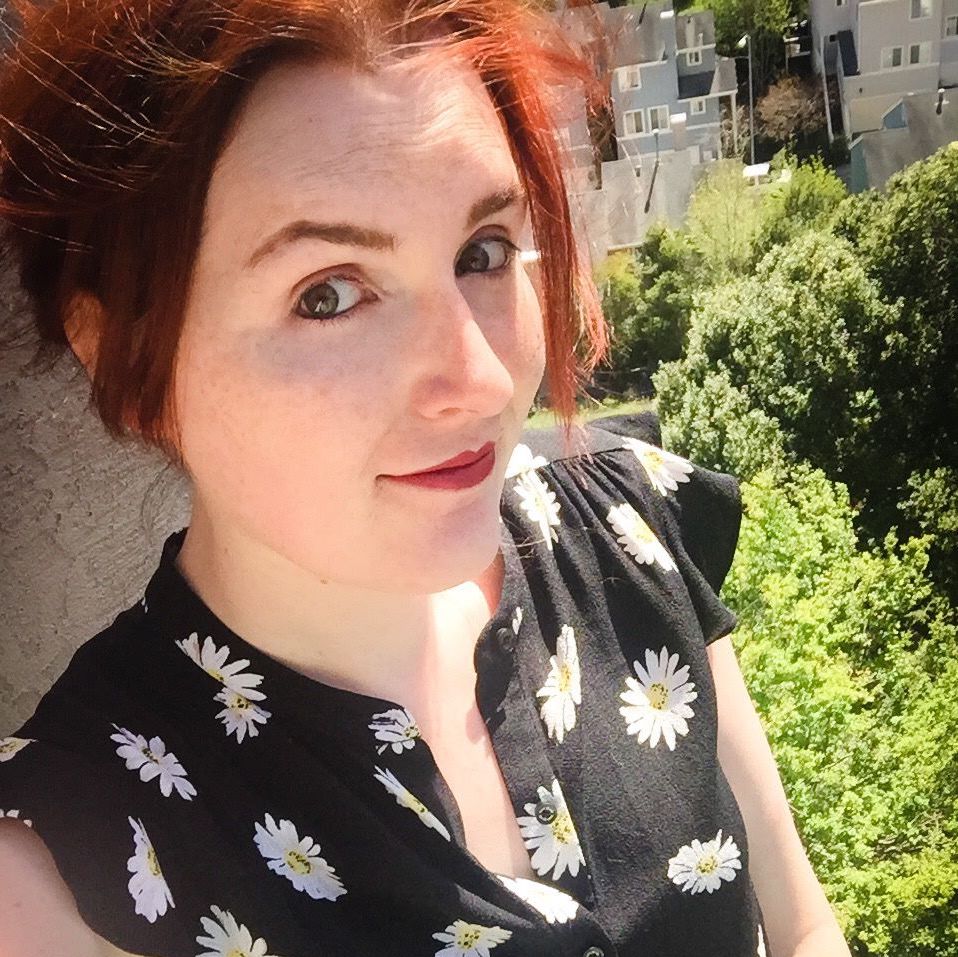 Nora Trapp (she / her)
Board Member, President
Nora is an engineer for the Signal Foundation where she helps develop open source privacy technology that protects rights, promotes free expression, and enables secure global communication. In her free time, you’ll find her conducting vegan experiments in the kitchen, enjoying fantasy/sci-fi media, and fueling her deep appreciation for nature. Nora previously served as Vice President for the Cape Cod Makers, a nonprofit she helped found to improve the local community by establishing maker spaces in schools and libraries as well as hosting the annual Cape Cod Mini Maker Faire. 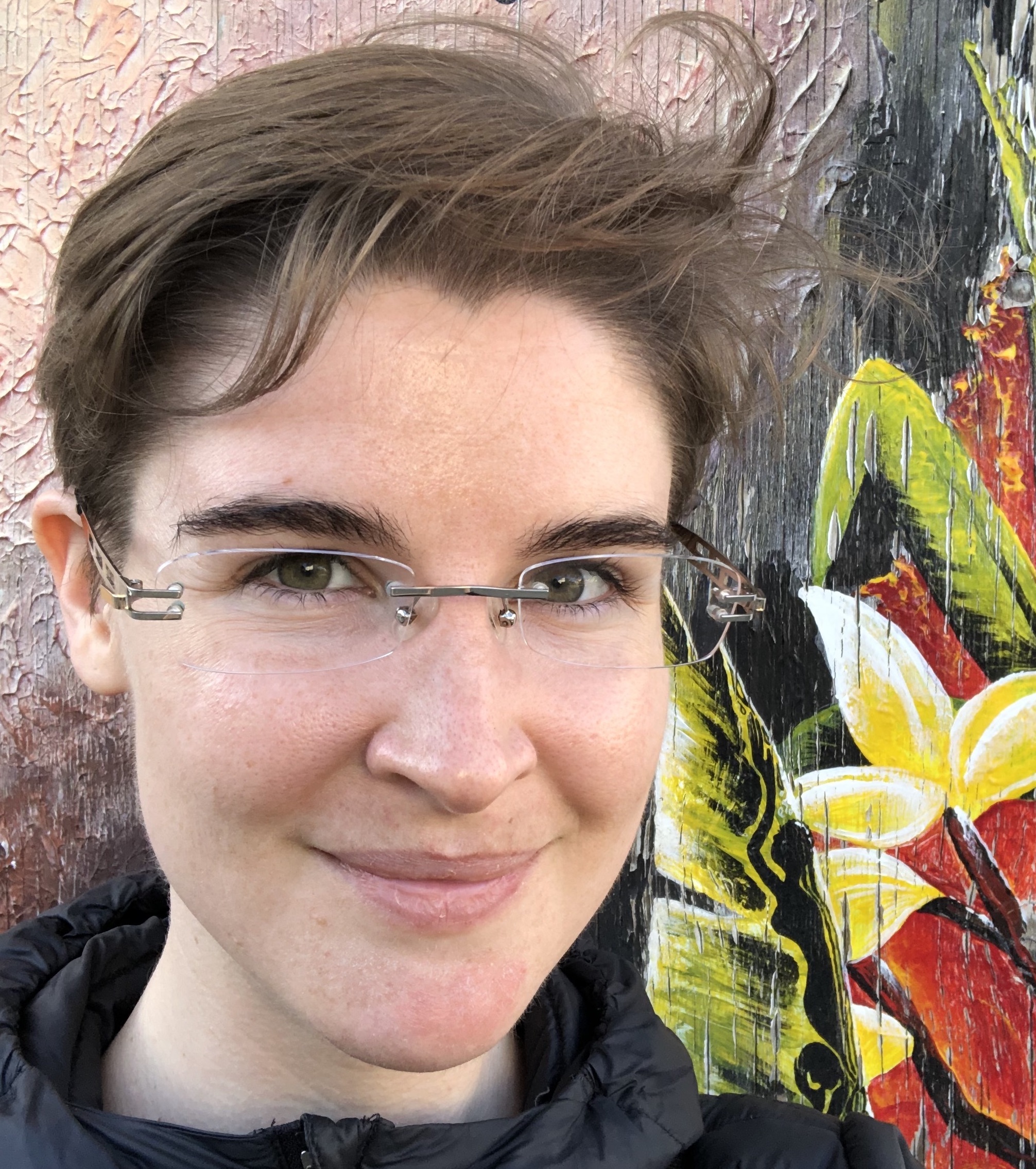 Britta Gustafson (she / her)
Board Member, Treasurer
Britta has been a DU member since 2013. She works as a content strategist and product manager at A1M Solutions, a small government contractor that works with the Centers for Medicare and Medicaid Services. She is also a harpist, Wikipedia editor, and volunteer for a police accountability organization. As a trash enthusiast, she is hoping to learn to repair small electronics and refinish furniture when DU reopens in a new physical space. 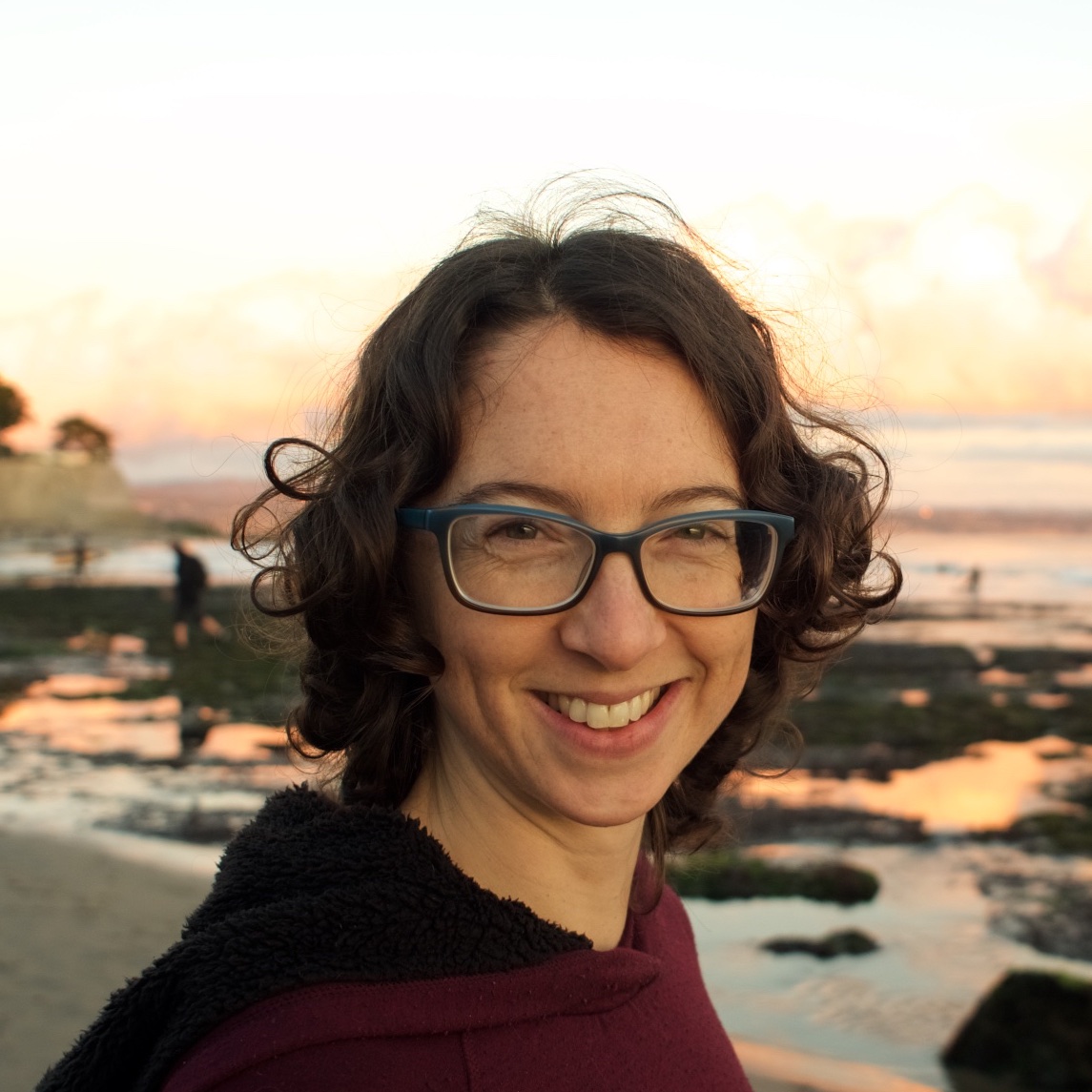 Sophia Booth Magnone (she / they)
Board Member, Secretary
Sophia is a book lover and literary scholar turned nonprofit fundraiser. She currently works at Equal Rights Advocates, a feminist legal nonprofit that fights for gender justice in workplaces and schools, and before that at the Feminist Press, an activist book publisher. Born and raised in Chicago, she’s also lived in southern California, Santa Cruz, Portland OR, and Brooklyn. You can often find her at home reading novels, baking vegan treats, and chilling with her cat. 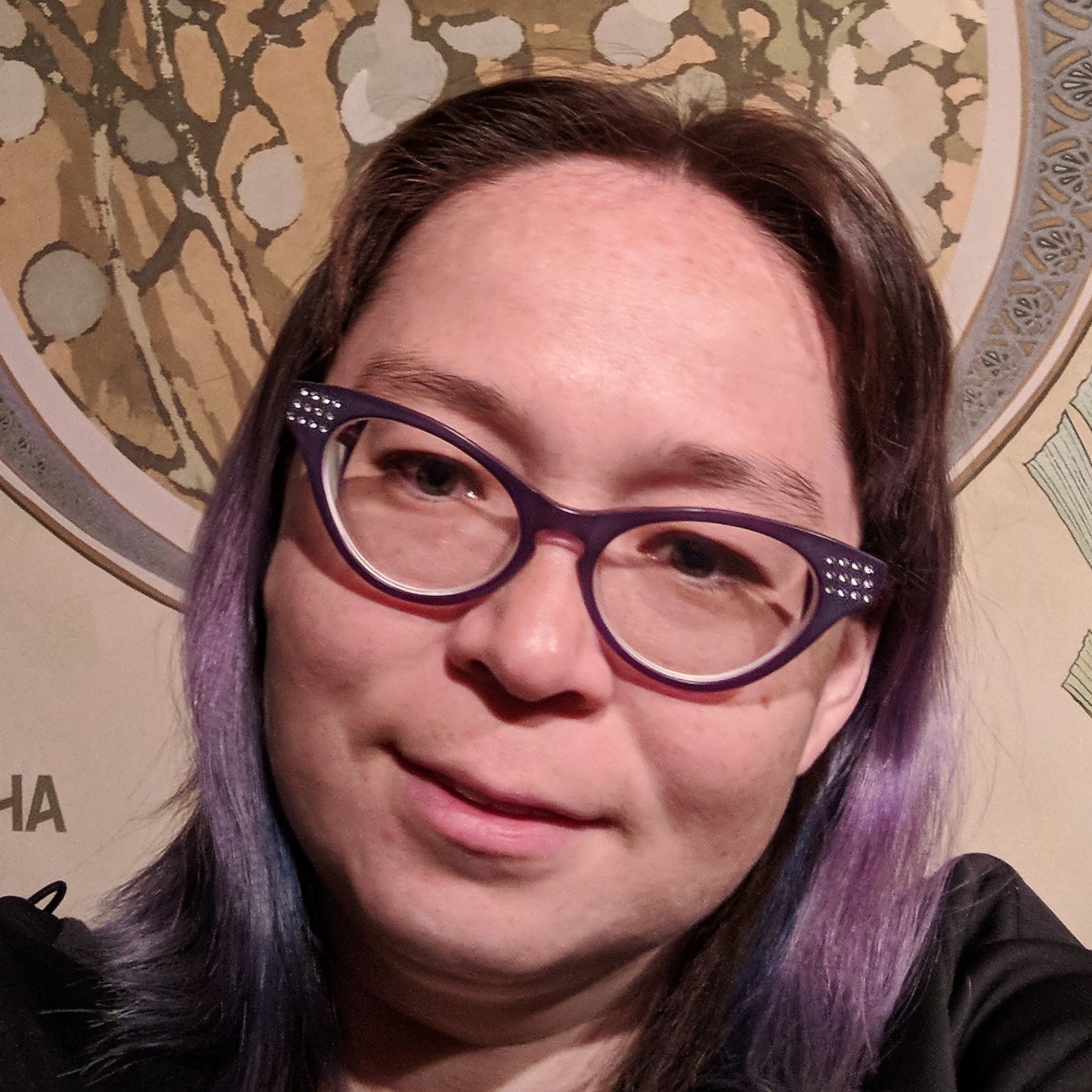 Aiyesha Ma (she / her)
Board Member
Aiyesha is an occasional costumer and an even more occasional miniaturist. She enjoys learning new crafty things and spending time outdoors often backpacking, skiing, or kayaking. She has worked as a data scientist and data engineer in the past. 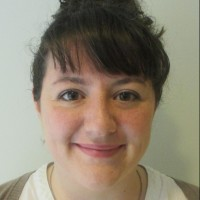 Amy Bickerton (she / her) 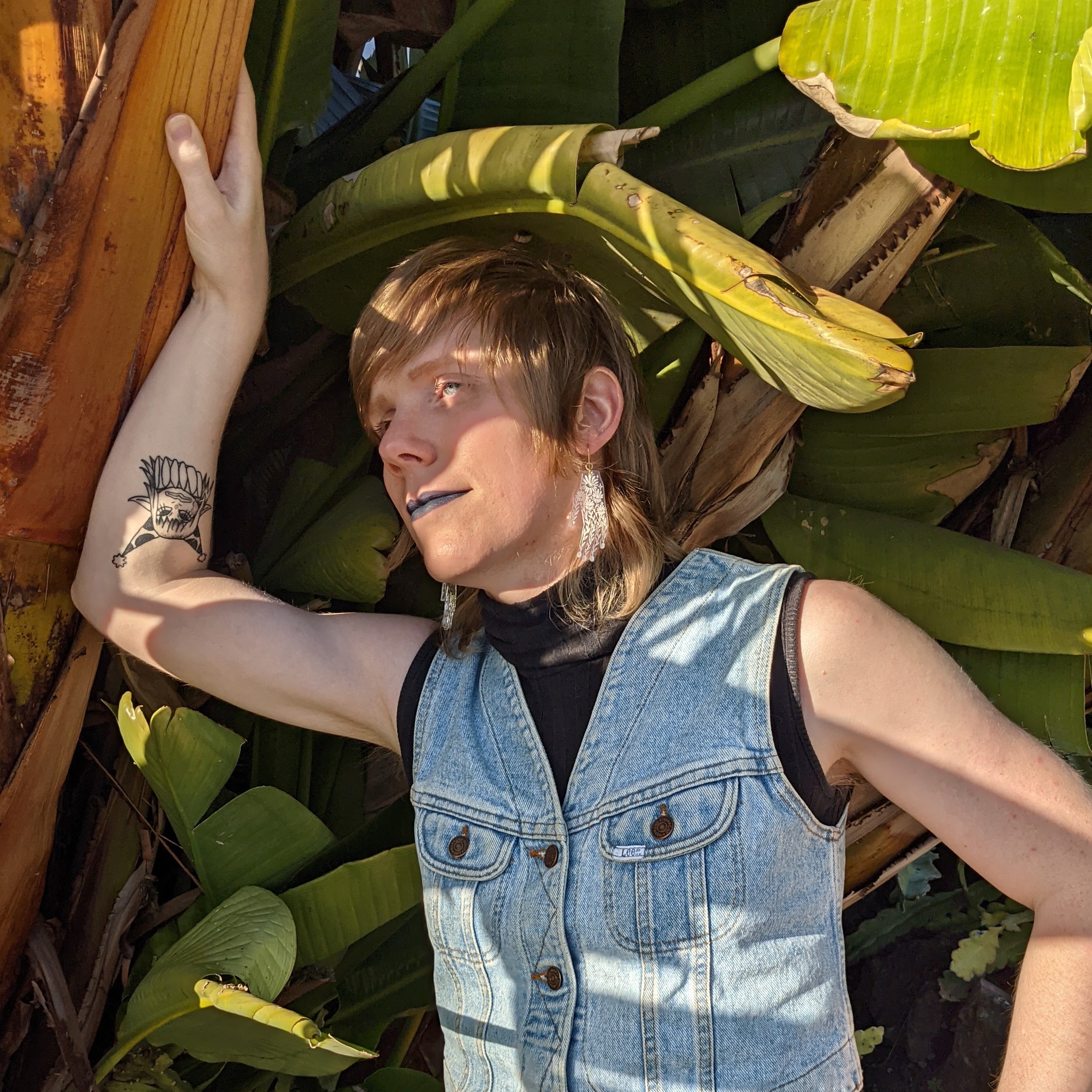 Below are some of the tools and activities you can find at Double Union! 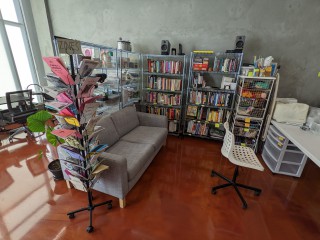 Hanging Out and Reading 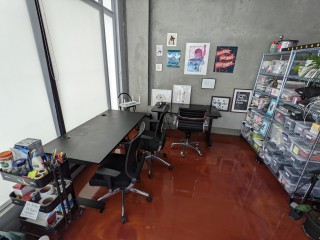 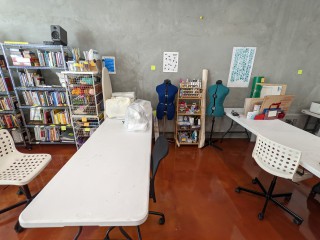 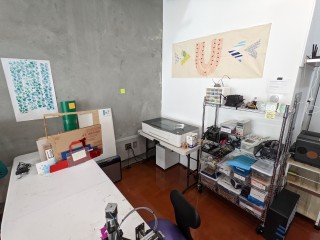 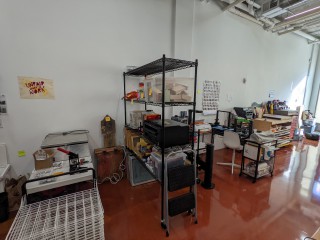 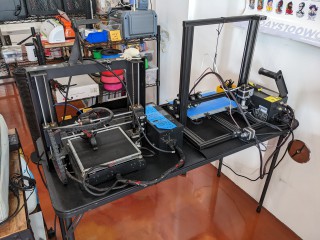 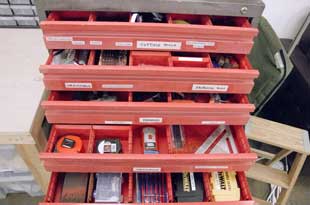 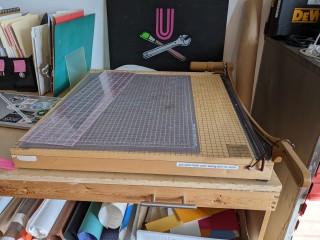 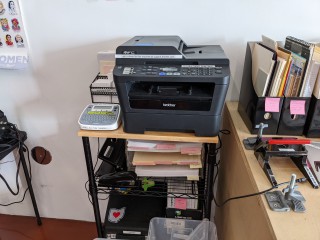 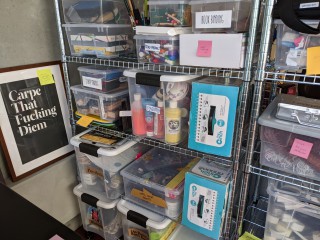 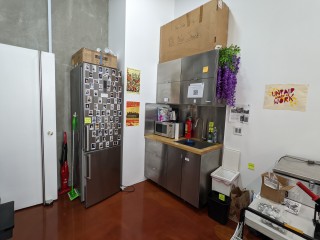